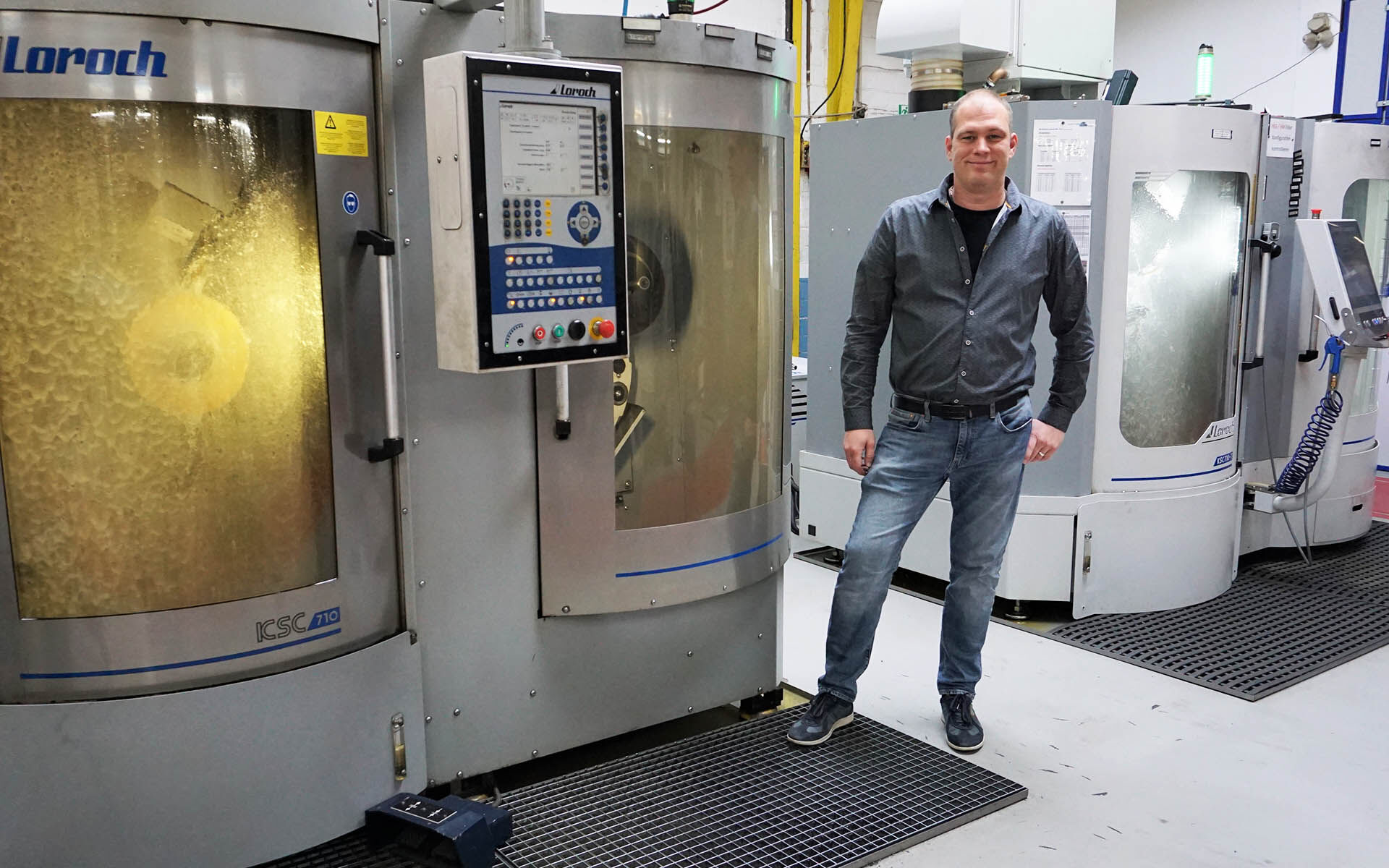 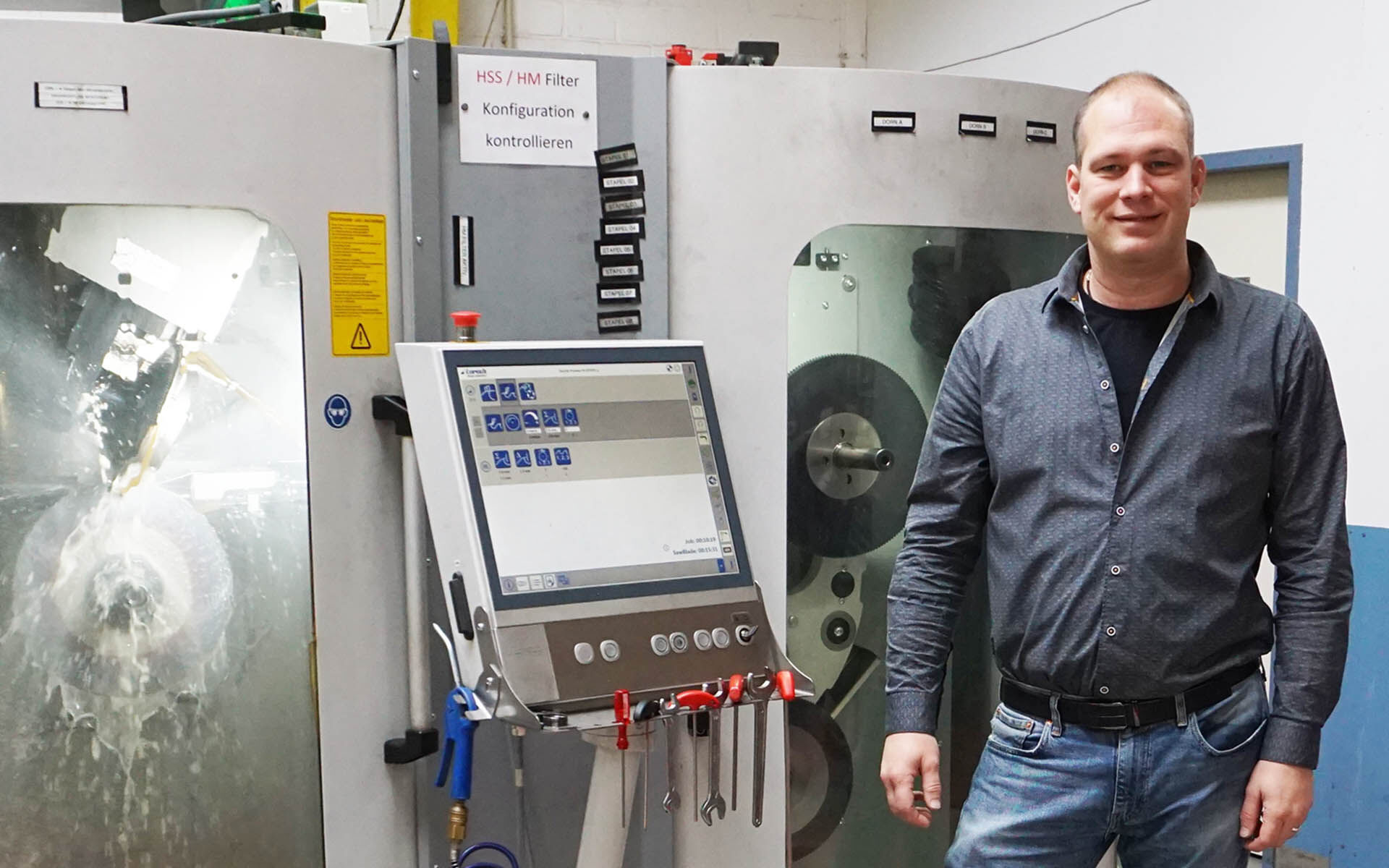 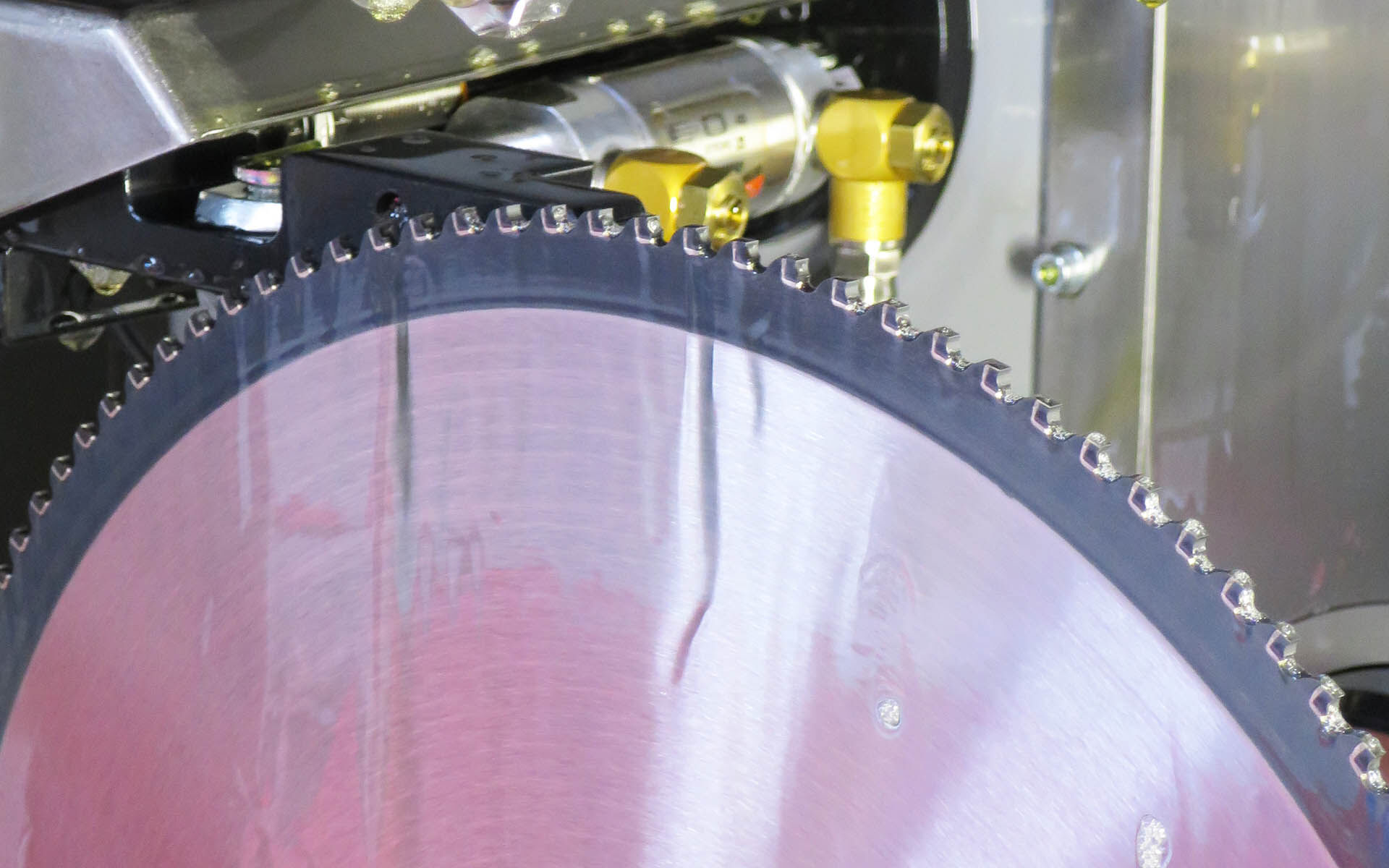 Katthöfer Cutting Tools is an expert in the repair of circular metal cutting saws. The company has recently expanded its services for carbide-tipped thin cutting circular saws used for high-speed cutting (HSC). To process a variety of individual saw teeth quickly and precisely, Katthöfer uses sharpening technology from Loroch, a subsidiary of the VOLLMER Group. Twelve Loroch machines are currently in use at Katthöfer, including the three-year-old fully automated KSC 710-T Service Center, another of which has just been ordered.

Katthöfer Cutting Tools is based in Selm, a town with a population of 25,000 located on the eastern edge of the Ruhr district, Germany. The sharpening service was founded in 1995 and has been managed by the second generation of the family, Daniel Katthöfer since 2012. Most of Katthöfer's hundred or so customers are metalworking companies ranging from small metalworking shops to globally active profile and pipe manufacturers, many of which have several thousand staff.

HSC machining is increasing in the metalworking industry

"With solid material, profiles or pipes, cutting times can be significantly reduced by HSC processing with carbide-tipped circular saws, since the cutting speed is up to four times higher than with HSS (High Speed Steel) saws", explains Managing Director Daniel Katthöfer. "Thin cutting circular sawscreate lower passive forces on individual teeth, which extends the service life and improves cutting precision. One carbide-tipped circular saw can replace up to ten HSS saws in a mass cutting application. In addition, some materials cannot be cut with HSS – only with carbide-tipped saws and with a tensile strength of more than 900 Newton metres, so we recommend carbide tipped saw blades to our customers".

Thin cutting technology offers the advantages of low power consumption and high cutting speed, as well as reduced metal waste. At Katthöfer, repair work has shifted from HSS circular saws to carbide tipped thin cutting circular saws with either carbide or cermet tips. Katthöfer currently processes around 1000 HSS and up to 150 carbide-tipped circular saw blades per week, and the company expects the carbide-tipped share to triple over the next few years. The growing demand for carbide-tipped circular saws is partly driven by the automotive industry and tube and profile manufacturers that are processing ever lighter and harder materials due to weight reductions. These usually require higher sawing performance than conventional HSS saws.

Katthöfer is the leading German provider of sharpening services for resharpening "disposable" circular saws. These are mainly used in fully automatic sawing systems, such as those manufactured by machine builder Rattunde, among others. Rattunde machines are used by a wide range of companies, including tube and profile manufacturers, steelworks, automotive suppliers, furniture and bicycle manufacturers.

"We can resharpen disposable carbide-tipped circular saws, which would otherwise need to be disposed of, giving them a second life", reveals Daniel Katthöfer. "We can achieve around 90 per cent of the sawing performance offered by a new blade, for approximately half the purchase cost. This reduces our customers' operating costs, offers improved environmental protection and sustainability".

Loroch machines operate around the clock

Katthöfer also performs the 15 work steps involved in repairing an carbide-tipped circular saw, supported by long-standing partners offering services including saw blade de-coating and re-coating. Katthöfer performs the main grinding operation at its production facilities in Selm, with ten highly qualified employees and twelve sharpening machines supplied by Loroch GmbH. Loroch has been supporting Katthöfer for over 20 years, and is a subsidiary of the global VOLLMER Group, which has its headquarters in Biberach an der Riss, Germany. The fully automated Loroch KSC 710-T Service Center has been the technological heart of production for around three years. The T stands for touchscreen, which is used to simply and intuitively operate the KSC 710-T. In addition to sharpening, the machine can also perform new toothing and chamfering as well as grinding in chip breaker grooves. It can process
carbide-tipped circular saws with different tooth geometries in a single clamping operation. The Service Center can be equipped with up to 80 circular saw blades, which enables unmanned, round-the-clock machining, all with consistent grinding quality and low costs.