Tool manufacturer Hofmann & Vratny based in Upper Bavaria is renowned for its microtools and solid carbide milling cutters. With a team of almost 100 employees, the company produces around 1.6 million tools in 7000 variants every year. Hofmann & Vratny has been using VOLLMER's VGrind 160 grinding machine since autumn 2015 for the development and production of its solid carbide milling cutters. The Swabian grinding and erosion machine specialists' machine is equipped with an automation solution, allowing Hofmann & Vratny to continue production at any time of day.

"In two years' time, we would like to be the German number 1 in milling cutter development," says Andreas Vratny, CEO of Hofmann & Vratny and son of the company's co-founder Zdenek Vratny. "Our top priority is ensuring the highest quality and precision possible. This was one of the reasons for choosing the VGrind 160 grinding machine from VOLLMER. Thanks to its automation, we can continue production at any time of day, on a three-shift basis."

Hofmann & Vratny are based in the municipality of Aßling (population: 4000), not far from Munich. Made up of the 80 employees in Aßling and a team of 15 at the Nuremberg branch, Hofmann & Vratny is one of the leading manufacturers of solid carbide milling cutters. The company was founded 40 years ago by Gerd Hofmann and Zdenek Vratny, initially focusing on resharpening milling tools. Then, in 1987, an order to develop carbide profile cutters for the glasses industry became a decisive moment in the company's history. 1.6 million milling cutters in 7000 variants now eave the two workshops in Upper Bavaria every year – one of them a former hen house. But demand for precision tools such as torus cutters, radius cutters, finishing cutters and microcutters, all provided by Hofmann & Vratny, is far from over. In order to fulfil the constantly increasing demand, the Upper Bavarians are now planning to build another production facility.

VOLLMER's VGrind 160 tool grinding machine also has a central role to play in the growth of the innovative company. It is one of about 40 grinding machines used by Hofmann & Vratny to produce microtools for the medical and semiconductor industries as well as ultra-precise milling tools for machine production, the aerospace industry and the automotive industry. The diameters of the microcutters start at a tenth of a millimetre, whereas the solid carbide milling cutters are up to 32 mm thick. The tools are distributed and sold via a great many wholesale traders around the world – Hofmann & Vratny milling cutters are usually finished with their distinctive blue coating.

"We have extremely strict requirements for our machines. With regard to the VGrind 160, we were not only impressed by the concept of the machine, but also by the service and dedication of the VOLLMER team," says Robert Wendl, Head of Production at Hofmann & Vratny. "Whether dealing with prototypes or small- or large-scale production, the precision and quality of VOLLMER's multi-talented tool never fails to impress – for this reason, we are also planning to acquire another VGrind 160 by the end of the year."

New kinematics with two vertically positioned spindles guarantee the precision and dimensional accuracy of the VGrind 160, enabling multi-level machining. The workpieces can be ground at the optimal pivot point of the C-axis on both grinding spindles. This spindle positioning solves the common problems related to fixed and floating bearings, which leads to more precise results when machining workpieces. Another deciding factor for Hofmann & Vratny was the fact that the VGrind 160 is controlled using the NUMROTOplus software. This is also the standard software used to control almost all other grinding machines at the production facilities in Aßling. The HP 160 pallet magazine for the VGrind 160 enables automatic machining
at any time of day. The magazine can hold up to 272 workpieces and automatically feed them to the VGrind 160 – during the two day shifts as well as during the night shift.

"Hofmann & Vratny is an example of how tool manufacturers with innovative business ideas can position themselves in a highly competitive market and keep growing while doing so," says Dr. Stefan Brand, CEO of the VOLLMER Group. "We partner with tool manufacturers worldwide and are constantly expanding our expertise in tool grinding with new technologies and services. This will be reinforced by our appearance at GrindTec in Augsburg, where we will be unveiling new systems for the VGrind 160." 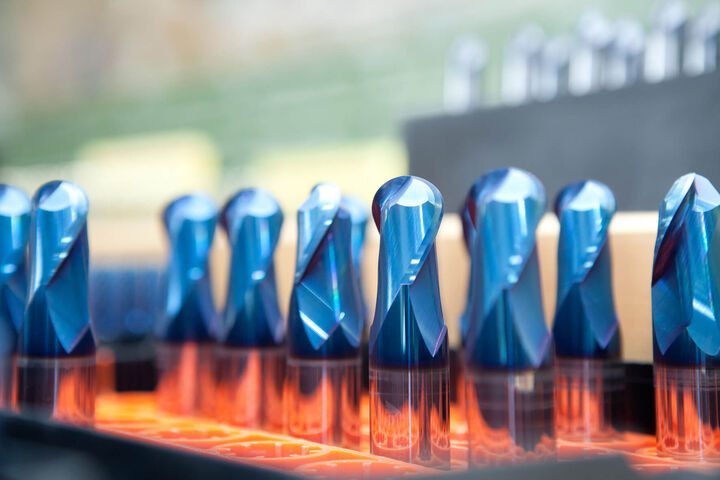 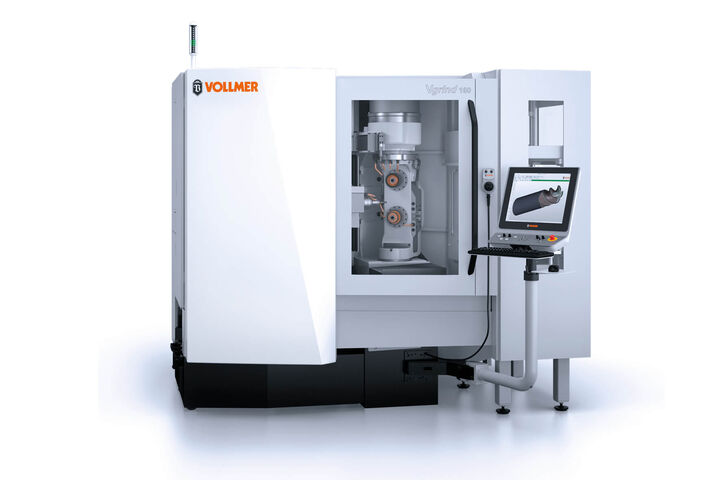