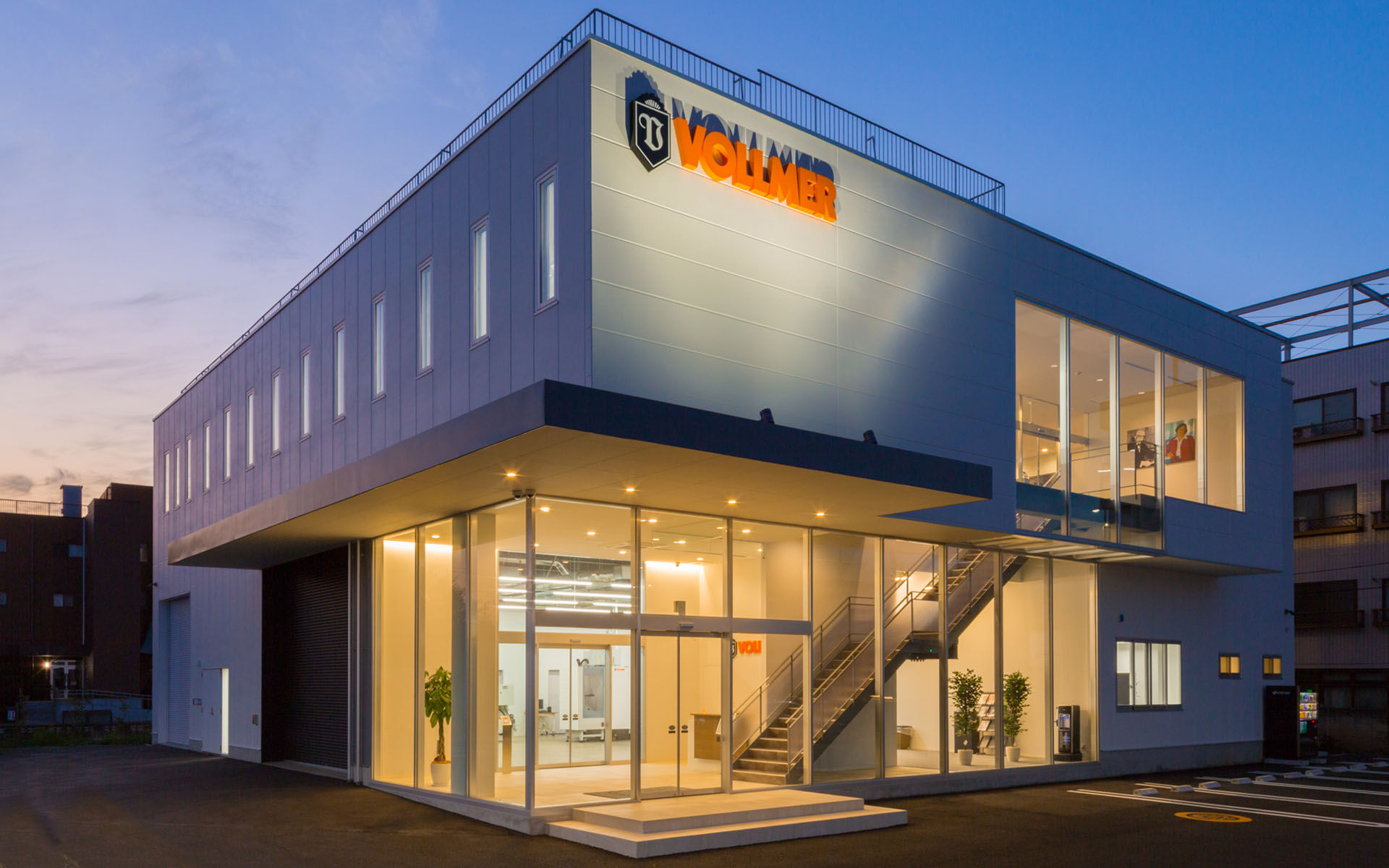 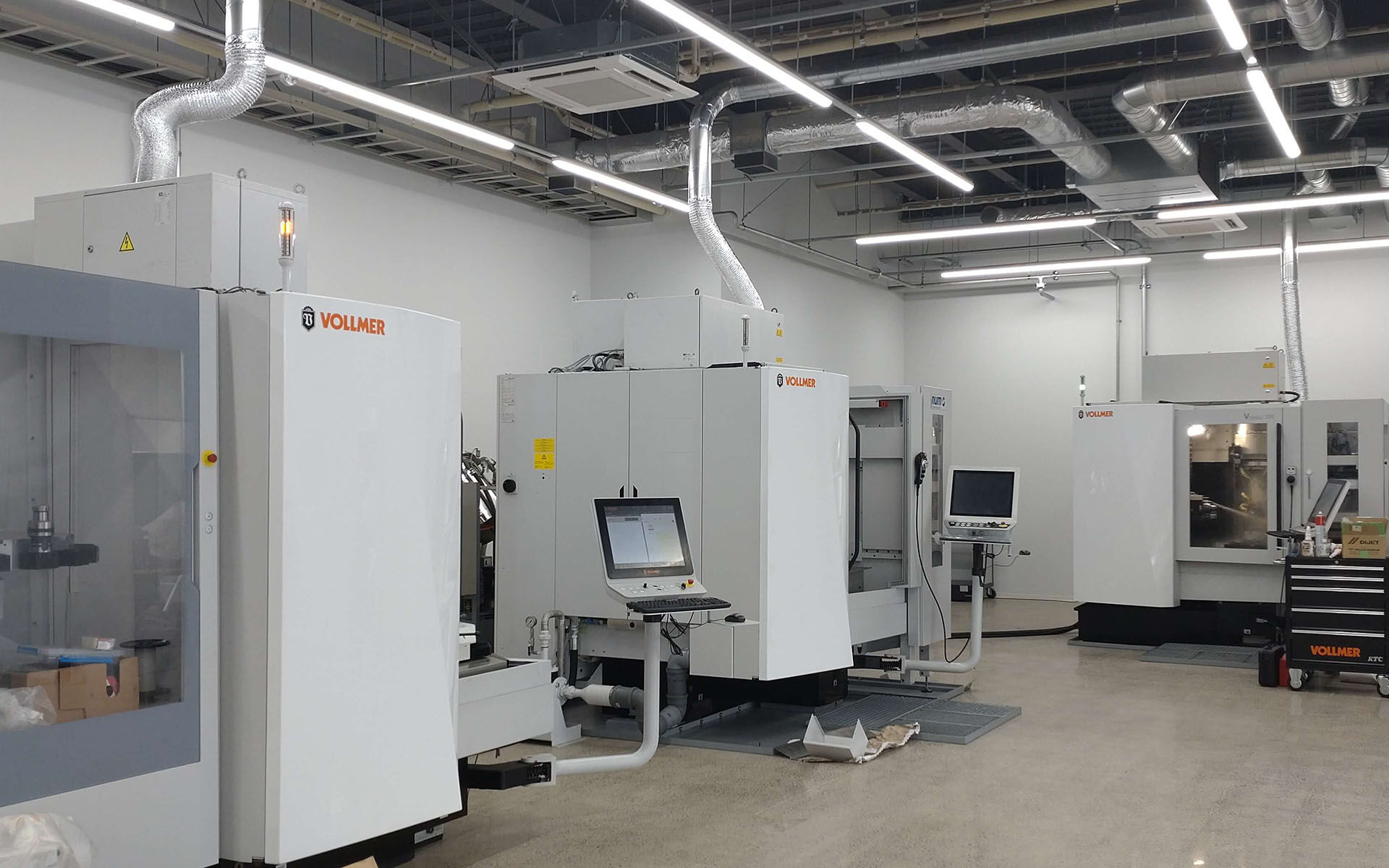 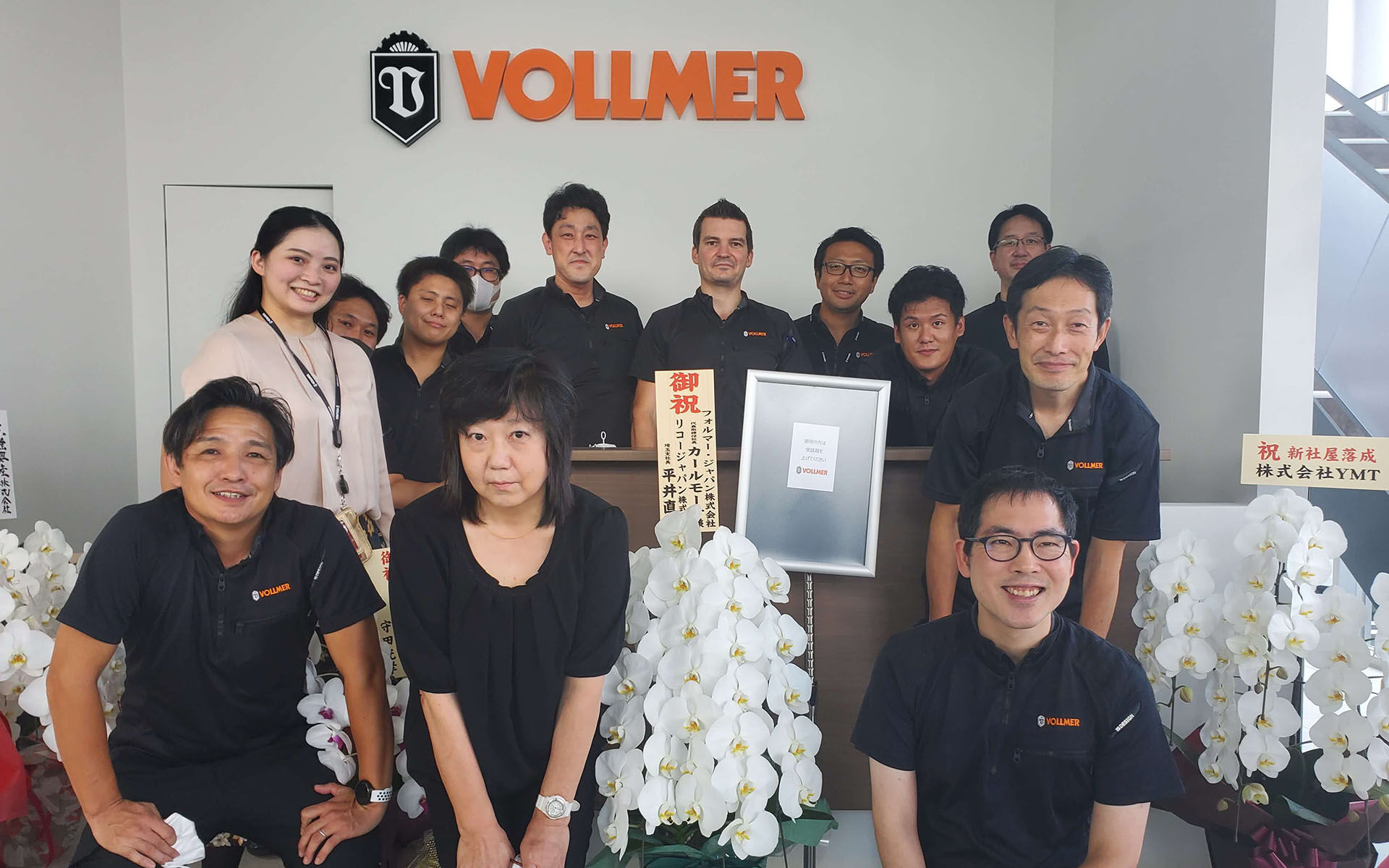 Japan is famously a country that celebrates both tradition and innovation; two principles also valued by the Swabian sharpening specialists VOLLMER. It therefore comes as little surprise that the new premises of the Japanese branch of the machine manufacturer marries the traditional with the innovative: When constructing the new building in the city of Ageo, Vollmer not only took into account energy efficiency and sustainability, but also respected the ancient tradition of having the plot blessed by a Shintō priest. During the Japanese "roofing ceremony", sake, salt and rice were sprinkled into the corners of the rooms. Inside, the Vollmer team can enjoy extensive office space and floor area, and customers can visit the new showroom to see Vollmer machines up close and even try them out. After an eight-month build, the team recently moved in.

In December 2020, in the city of Ageo some 40 kilometres north of Tokyo, the Jichinsai was held for Vollmer Japan's new building: This ceremonial ritual saw a Shintō priest bless the approx. 1700 square metre building site, upon which the new premises of Vollmer's Japanese subsidiary were subsequently constructed in just eight months. Sake, salt and rice were also sprinkled in the corners of the offices and function rooms, as is the local tradition. In mid-September 2021, Vollmer threw a pre-opening party with partners and suppliers – the official opening is scheduled for early June 2022.

"We decided to build brand new premises in Japan, partly because our existing office space was too small, and partly because we want to demonstrate how important the Japanese market is for Vollmer. Now with some 1000 square metres of office space and floor space, we even have room for a dedicated showroom for our customers," explains Carl Moser, Vollmer Branch Manager in Japan. "And at the same time, we are paving the way towards energy efficiency and sustainability, with solar panels spanning 250 square metres of the roof as well as plans for a charging station for electric cars."

In the summer months, the solar panels cover the majority of the site's power requirements. Another important element of the concept is the installation of three charging columns for electric cars from January 2022 and the procurement of plug-in hybrids for use as company cars. The new building gentle is not only designed with the environment in mind, but with the current workforce of 16 in mind too: As such, Vollmer has incorporated a little café for meetings and breaks, and given thought to other details such as height-adjustable desks for an ergonomic working environment. There are also two large meeting rooms that can be combined to make one large seminar room with space for 40 customers. There's also an extensive storage facility for parts, where the most important spare parts are always in stock and can be dispatched to customers in next to no time.

The showroom features up to five sharpening machines and customers can watch live demonstrations and even have a go at machining some tools. At present, the showroom primarily features Vollmer machines that can be used to machine rotating cutting tools: The VGrind 360S grinding machine sharpens carbide tools and the VPulse 500 wire erosion machine automatically machines PCD tools (polycrystalline diamond). Eroding and grinding up to 100 percent is achievable with the Vollmer VHybrid 260, which customers can even put through its paces in the showroom. For ultra-precise evaluation of machining quality, Vollmer Japan also offers a range of measuring equipment, such as a Genius 4 from Zoller and a high-tech microscope from Keyence.

"We established Vollmer Japan more than 20 years ago, and with this new premises, we are well equipped to continue our success story in the land of the rising sun," explains Jürgen Hauger, CEO of the VOLLMER GROUP. "Japan plays a central role in our positioning on the Asian market and is also very important for our internationalisation, which we continually expand via our branches across 14 countries."