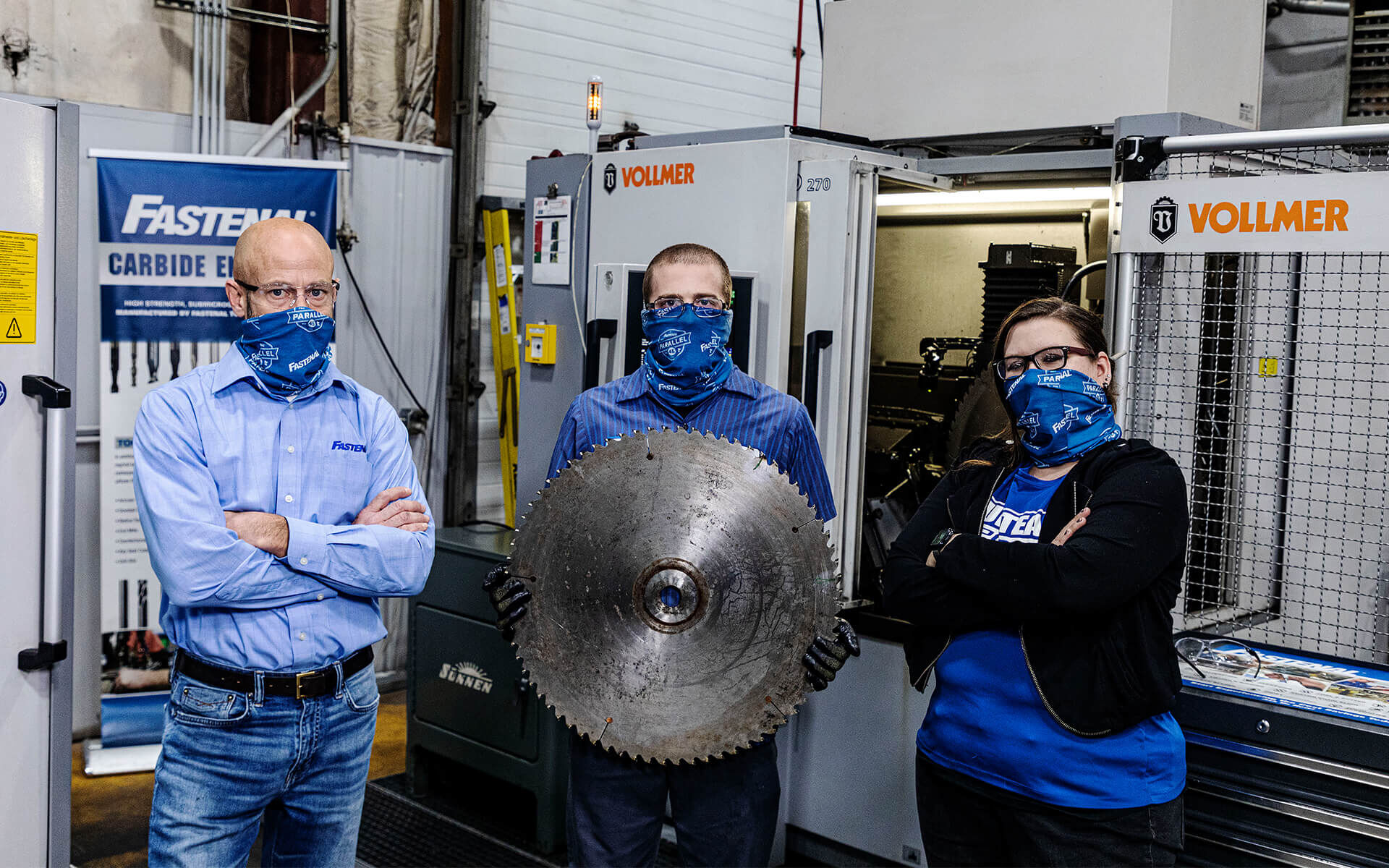 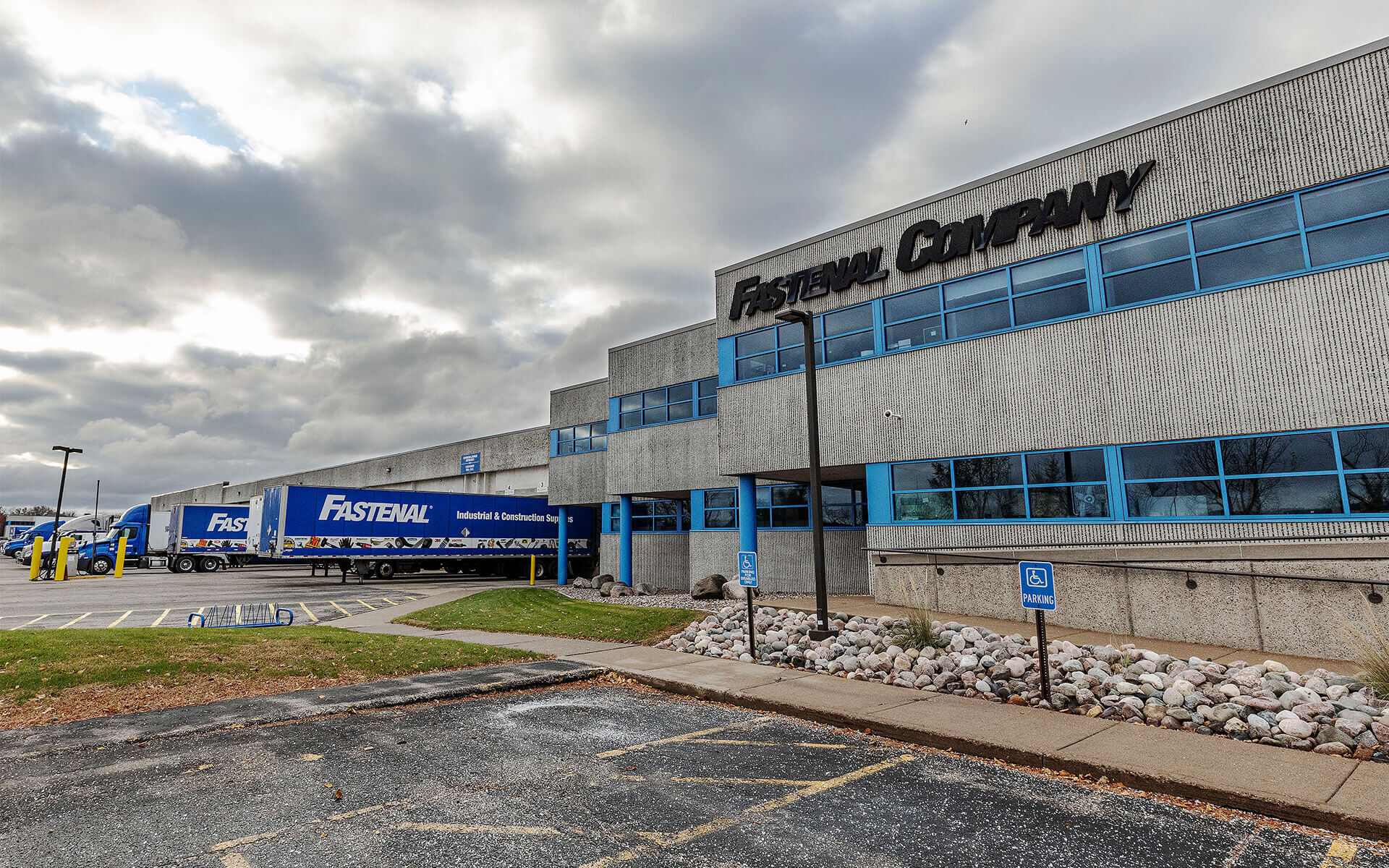 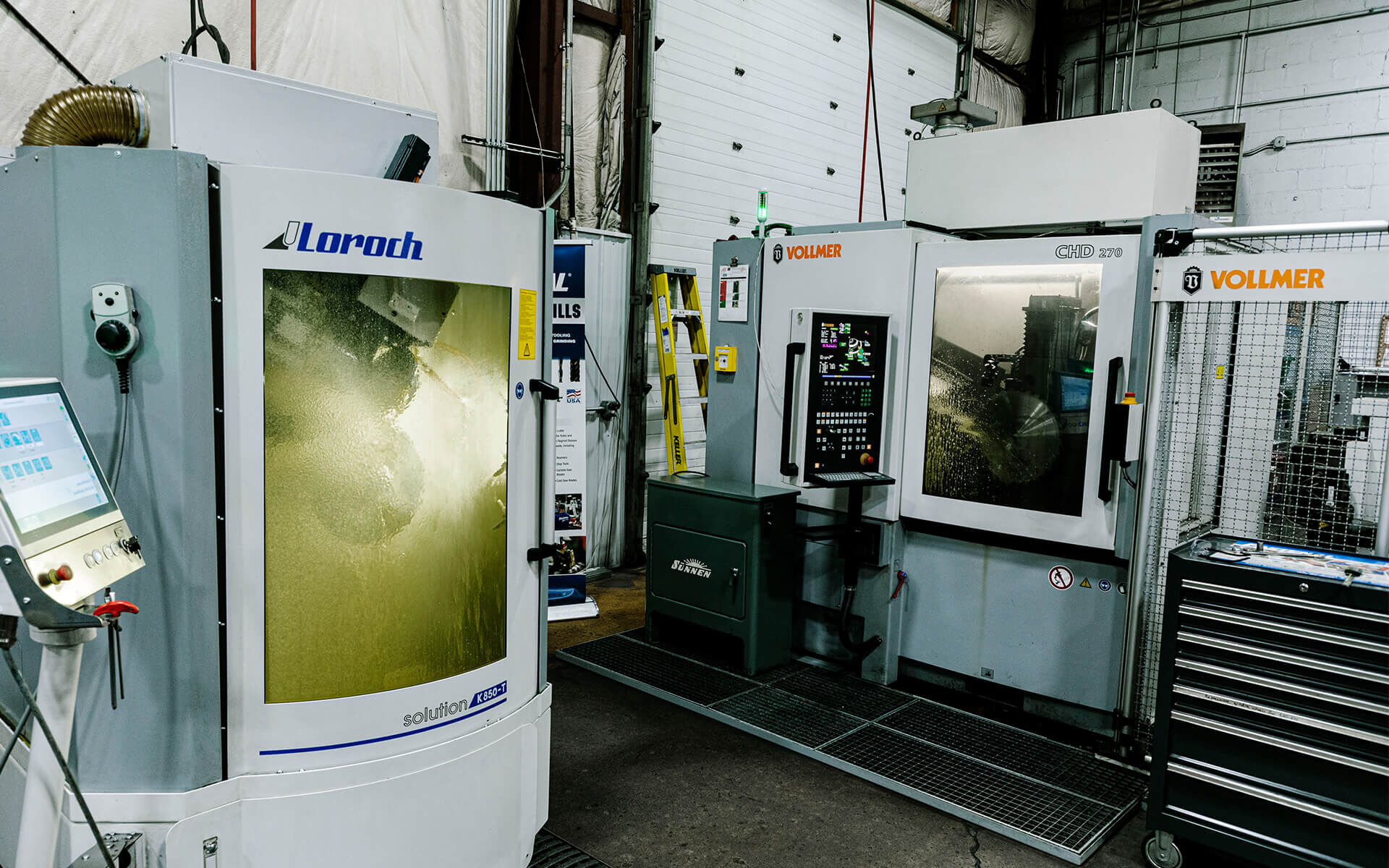 When it comes to fasteners, MRO equipment and quite literally any manufacturing supply you could think of, it doesn’t get much bigger or better than Fastenal. With over 3,200 in-market locations and 15 distribution centers that span four continents, Fastenal is one of the world’s largest industrial supply companies.

Founded by Bob Kierlin back in 1967, the Winona, MN headquartered business that started as a small business selling fasteners, has exploded into a 20,000 worldwide workforce with ten manufacturing facilities to add to its thousands of branches and a seemingly endless list of more than 750,000 available manufacturing items. Despite the unfathomable depth of product supply with unsurpassed availability, it is the ten manufacturing sites with more than 500 staff that really sets Fastenal apart from its competitors. With more than 200 staff, the largest manufacturing site is located at the company’s headquarters in Minnesota, which is also home to two VOLLMER circular saw blade sharpening machines.

The story behind buying two VOLLMER machines starts back in the 1980s when the colossal company first started manufacturing and modifying fasteners for its customer base. With tens of thousands of fasteners being modified each month in all shapes and sizes up to a 4-inch diameter, Fastenal found the process had an insatiable appetite for burning through HSS circular saw blades. So, instead of continually sending an increasing number of blades to a subcontract shop for sharpening, Fastenal bought its first saw blade sharpening machine – culminating in the opening of Fastenal’s sharpening shop in 1995.

With on-site facilities for cold and hot-formed fastener production, the 100,000-square-foot factory quickly evolved its cutting capabilities, adding Tungsten Carbide Tipped (TCT) sawing to its existing HSS cold saws. A wider variety of fastener materials, a production increase and the need for sharpening both HSS and TCT saws led Fastenal to add a series of additional saw blade grinding machines from 1995 through the 2000s. This investment in grinding machines was bolstered by the decision to branch out to servicing saws for local customers. As the servicing of blades for Fastenal customers rapidly grew, the sharpening shop added more machines from different manufacturers, and by the late-2000s the company had four grinding machines for sharpening cold saws and another three sharpening machines for servicing TCT blades.

With an unwavering commitment to quality and service, the Fastenal sharpening shop started witnessing decreasing quality levels and lead times were increasing as machine running hours were falling due to continual breakdowns of the ageing machines. Add the fact that the machines were running 20 hours a day over two 10 hour shifts from Monday to Thursday with 12-hour shifts from Friday through Sunday, Fastenal could not afford any machine downtime. Something had to be done!

With four manually loaded cold saw re-sharpening machines and three TCT saw grinding machines, the seven staff in the department had an output of 20 HSS saw blades and an additional 25 carbide-tipped saws each day – an output that yielded a lead time of 2 to 3 weeks on saw blade servicing. Not satisfied with its productivity levels and lead times, the costly servicing and repeated repairs of ageing machines and the subsequent knock-on effect of further extending lead times – the situation had to evolve.

The Fastenal engineering team had visited numerous trade fairs and had engaged in several discussions with Shaun Loveless, Regional Sales Manager at VOLLMER of America. A major concern for Fastenal was the skill level of the local labor pool, so automation was high on the agenda. Recalling the situation, Scott Rodeghier, the Operations Manager of the Fastenal Sharpening Shop, says: “There is a significant skill shortage in the area and attracting skilled staff is a challenge. We knew automation was the route forward and Shaun and VOLLMER showed us that route.”

In 2018, Fastenal took the plunge and jumped straight into automation with the acquisition of a VOLLMER CHD270 carbide tipped saw sharpening machine with 8 CNC controlled axes and the VOLLMER ND230 automated loading station. With the capacity to store up to 250 saw blades, the 4-axis robotic loading system with three loading carriages transformed production almost instantly. As Mr. Rodeghier continues: “The guys on the shop floor rapidly learned how to program and use the machine, and we soon got into a rhythm of re-sharpening and servicing special saw blades during the day shift and then loading-up standard geometry saws and batch-run quantities on the ND230 loading station for unmanned overnight running. Immediately, our team got into a cycle where we could process special saw blades by day, do standards and batch-runs overnight and, in the morning, we could unload the finished saws and pack them to be distributed nationwide back to our customers – and then start the cycle over.”

The benefits of the VOLLMER CHD270 in facilitating this production cycle has been significant. Firstly, despite having seven older machines, none were capable of processing special geometry saw blades. The special blades that were still serviced externally were instantly brought back in-house, giving Fastenal full process control whilst reducing lead times and dependency on an external supplier – and that’s before factoring in the elimination of subcontract costs.

From a productivity perspective, Fastenal stepped up from processing 25 TCT blades a day to over 25 on each shift – with capacity to spare. As Mr. Rodeghier continues: “Our extra capacity is created by several factors. Firstly, the CHD270 and its ND230 robotic loading system can process between 40 to 60 blades overnight unmanned, giving us cost efficient production. Adding to this, the blade processing times are at least 35% faster than with the old machines. Furthermore, the automated wheel dressing and in-process measurement system that automatically probes and compensates for any grinding wheel dressing and saw blade geometry discrepancies takes another 15 to 20% off our setup and processing times. The probing cycle also picks up on any brazing errors or tooth issues to eradicate errors. When conducting this cycle unmanned, the CHD270 will identify the error, post an error message, return the blade to the automation station and continue its lights-out operation with the next saw blade. All this took us from 20+ blades a week to 20 blades per shift, equally important is that we can now sell this capacity which we were not confident to do previously.”

The instant success of the VOLLMER CHD270 resulted in the company ordering the Loroch Solution K850 grinding center for sharpening, re-toothing and chamfering its metal-cutting circular saw blades.  Delivered six months after the VOLLMER CHD270 in the spring of 2019, the combination of the Loroch Solution K850 and the VOLLMER CHD270 reduced labor requirement in the saw blade sharpening cell from five staff to just two – replacing seven machines with just the two. Alluding to this, Mr. Rodeghier continues: “The two machines have saved us a huge amount of floor space, and we have reduced our headcount in the department, allowing us to re-locate skilled staff to alternate tasks. What we have also found is that we can now attract new staff, as people want to work on the very latest CNC technology that is available.”

Like the VOLLMER CHD270 before it, the arrival of the Loroch Solution K850 eliminated the requirement for external subcontract servicing of saw blades, giving Fastenal the flexibility, capability and capacity to produce both standard and special geometry blades. Despite being a manually loaded machine, the Solution K850 has more than doubled production from 20 blades a day to 20 per shift. “The Solution machine typically has a blade processing cycle time in the region of 12 minutes. This means we now have one operator working across both the automated VOLLMER CHD270 and the Solution machine,” said Rodeghier.

The cost reductions and productivity improvements for Fastenal have been significant. Equally impressive is the lead time reduction, as Mr. Rodeghier suggests: “With seven older machines, we had a lead time of 2 to 3 weeks, now with two VOLLMER machines we have reduced our lead time to 4 to 5 days with a nationwide next day service if required. However, we are taking this service level a step further. With the VOLLMER machines, we have the facility to generate hundreds of blade geometries that have been optimized for all material types. So, we can consult with our customers regarding the performance of their saw blades and we can optimize their cutting performance by tweaking the geometries of their blades. This is something that wasn’t even possible with the previous machines. We have customers in sectors as diverse as windows and construction through to oil and gas, steel demons, trailers and just about any other industry sector. So, having the facility to support all sectors is an exciting prospect.”

“I recall a saying that our Head of Maintenance once said to me: He said that, ‘The salesman sells you the first machine and the service and support sells every machine thereafter.’ This is certainly the case with VOLLMER, their service has been excellent, and we even have a ‘dial-in’ service where VOLLMER engineers can dial in to our machines to remotely investigate possible service or maintenance issues, potentially resolving any problems without even instigating a call from an engineer. And when we fill the capacity of the CHD 270 and Solution K850 machine, we will have no reservations in buying further machines. Additionally, as a sharpening shop, we process over 10,000 solid carbide end mills every month. The service level for the machines processing end mills isn’t even close to the service we receive from VOLLMER, so we are already looking at the impressive VOLLMER VGrind with its vertically aligned twin-spindle configuration for furthering our ambitions in this department,” concludes Mr. Rodeghier.