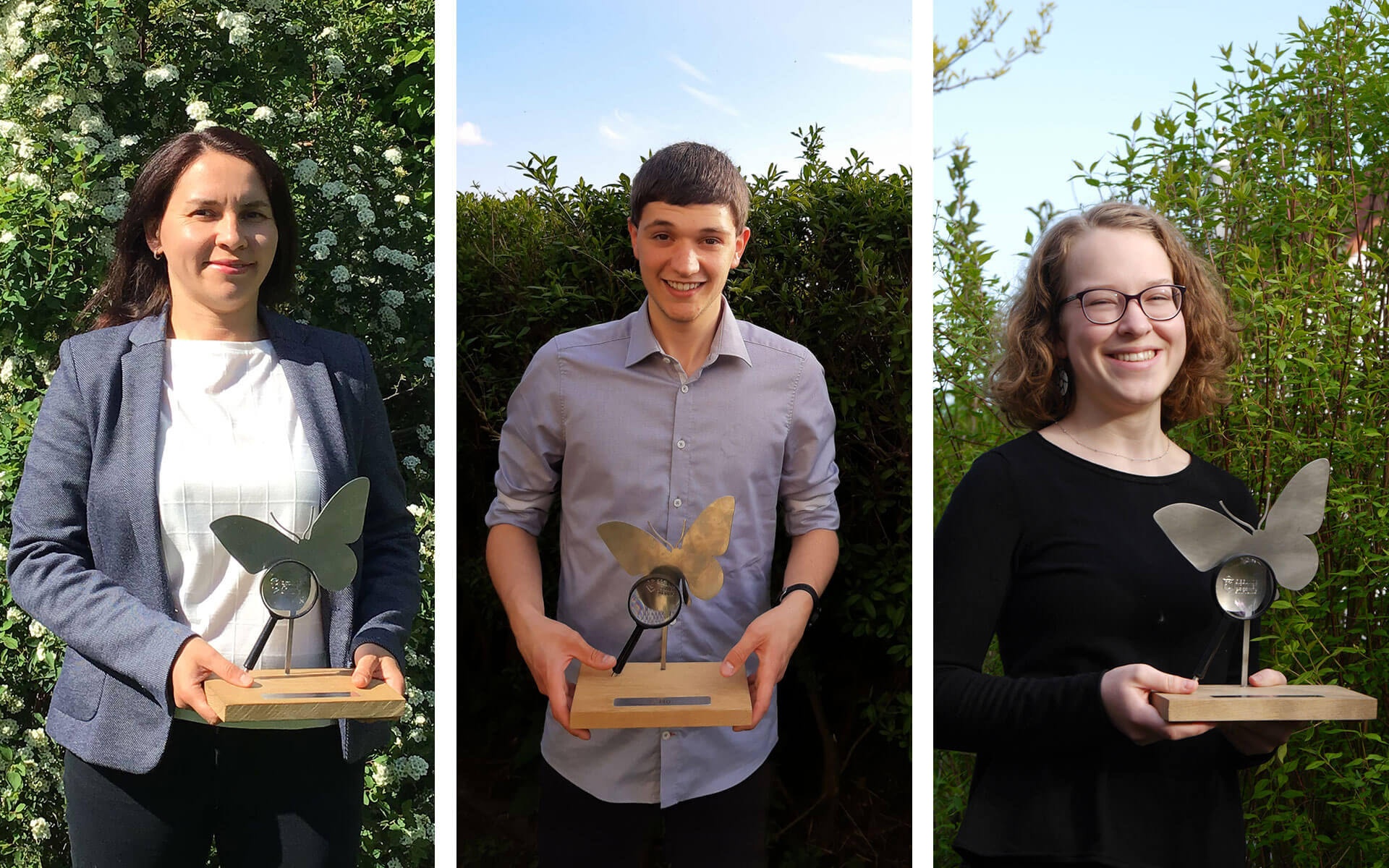 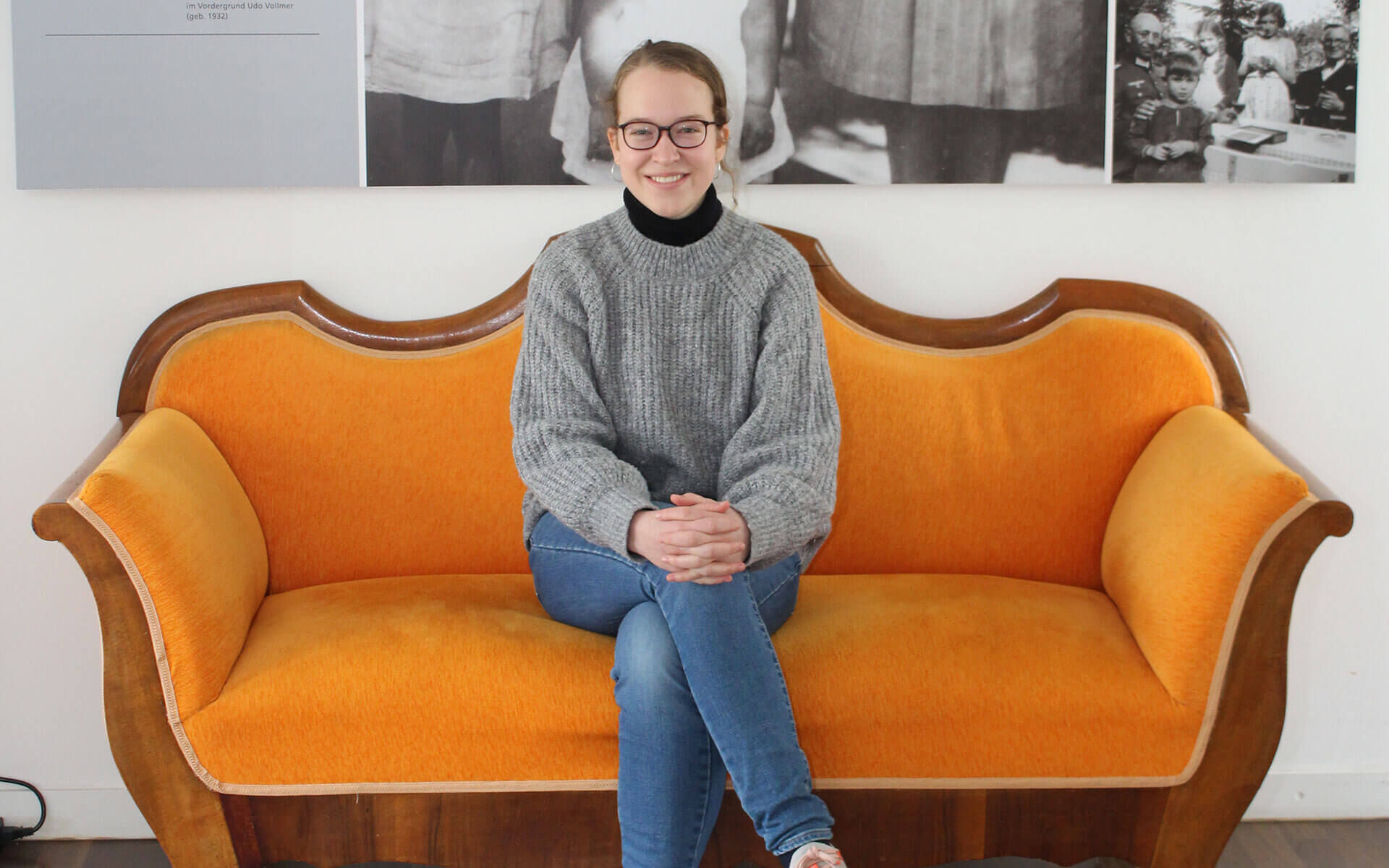 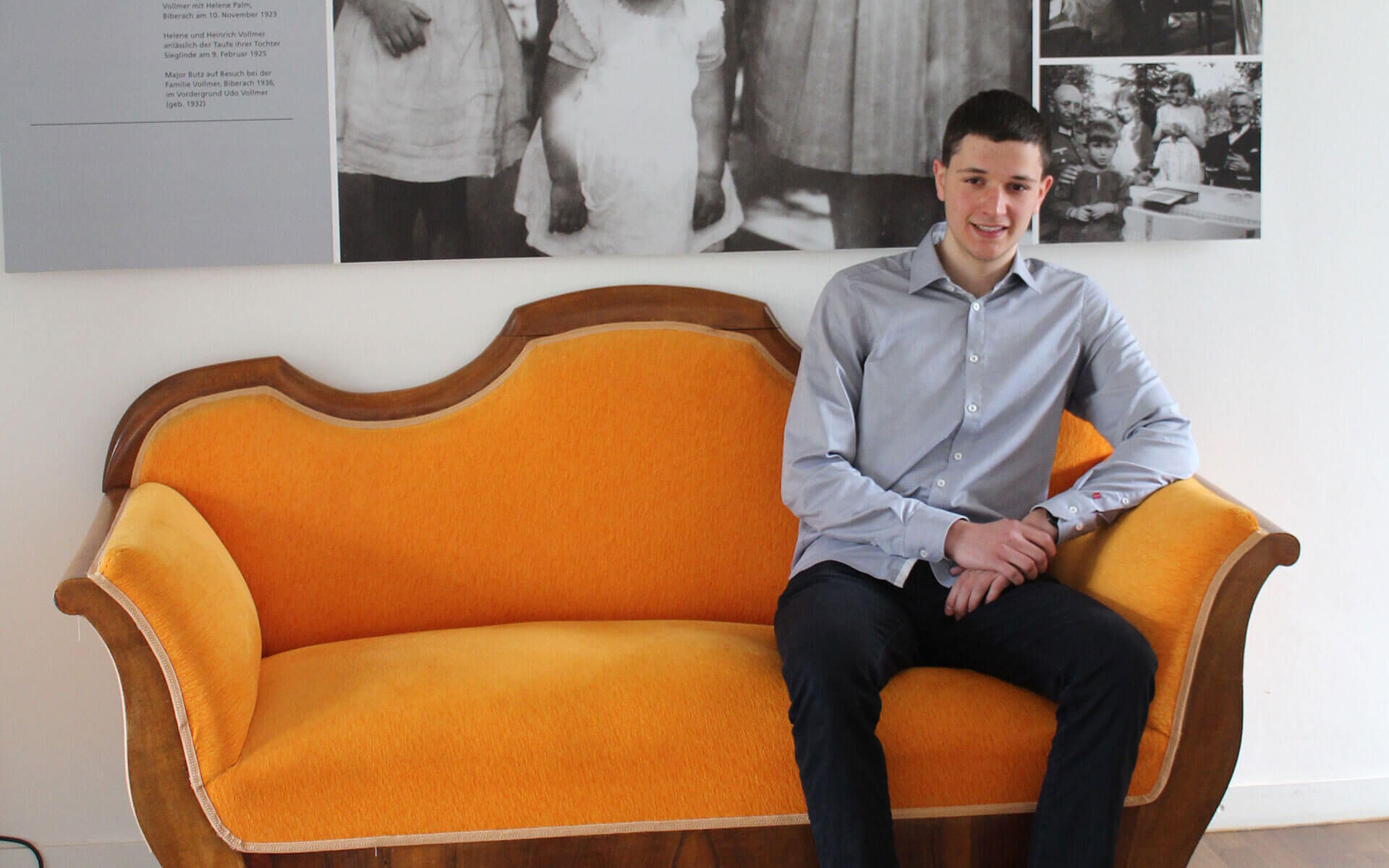 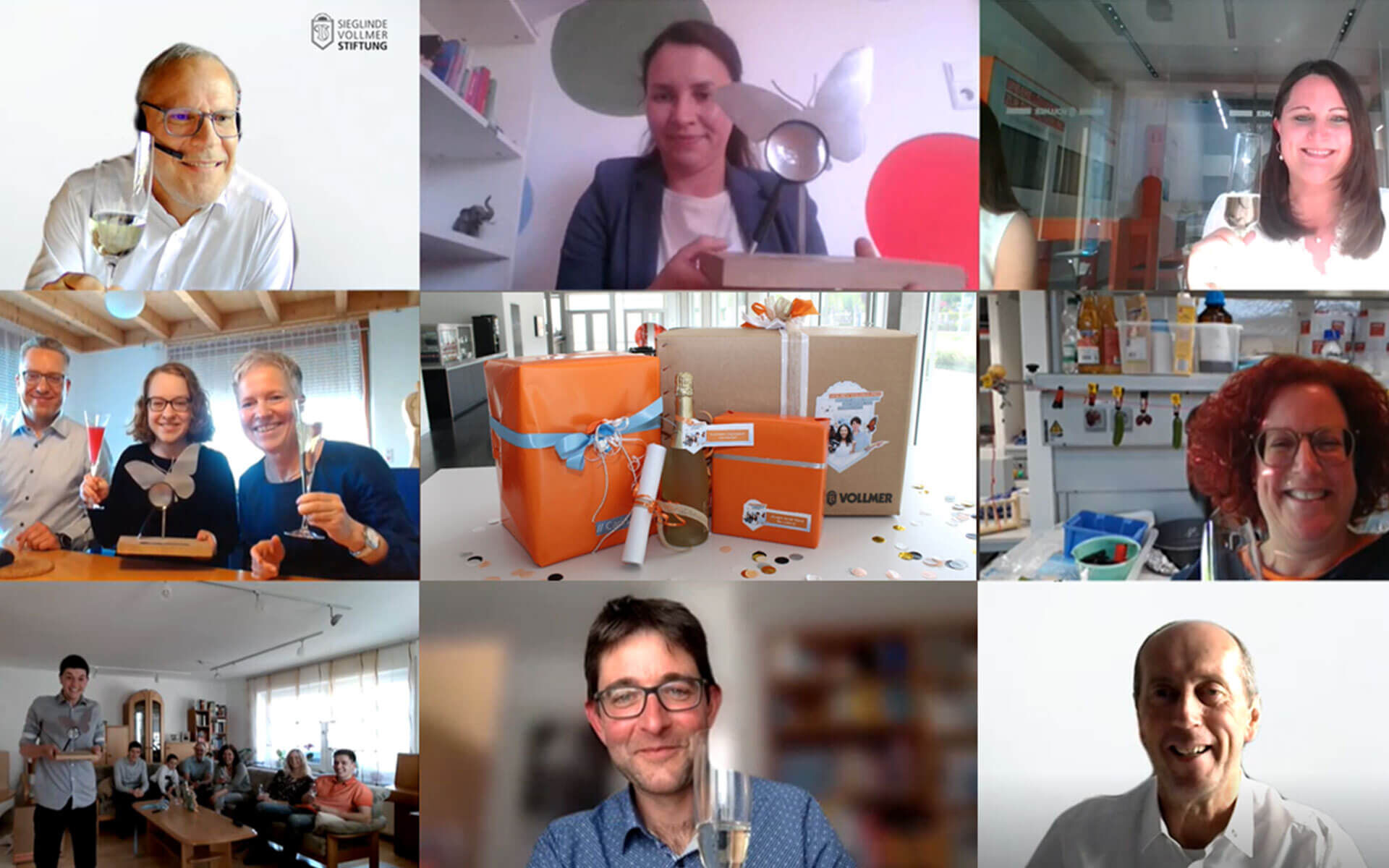 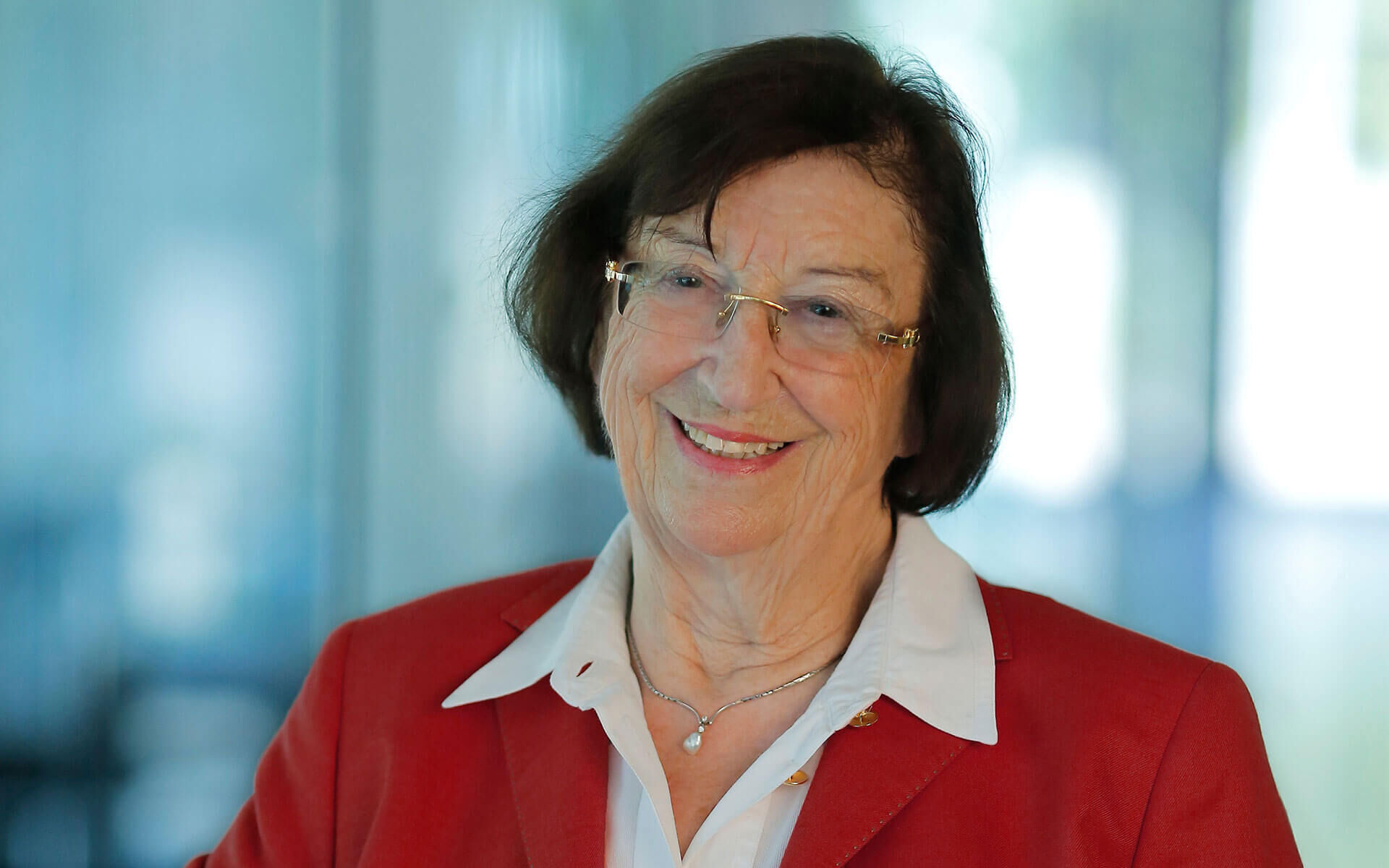 The competition for the Sieglinde Vollmer Award 2021 successfully took place despite the coronavirus pandemic. With this accolade, the Biberach Sieglinde Vollmer Foundation promotes initiatives and young researchers who are active in the areas of mathematics, computer science, science and technology outside of regular school lessons. The "Award for young people" individual prize was presented twice and the "Award for initiatives" was presented once. The recipients were Carina Braig from Biberach and Niklas Hornung from Ochsenhausen, as well as the robotics club at Carl Laemmle Gymnasium school in Laupheim. In so doing, the Sieglinde Vollmer Foundation recognised exceptional engagement in mathematics, computer science, science and technology for the second time since 2019.

"Our goal is to support engagement with mathematics, computer science, science and technology in the region with the award and to foster young people's enthusiasm on this subject," says Sieglinde Vollmer, the foundation's namesake and daughter of Heinrich Vollmer, who founded the Biberach company in 1909: "When awarding the prize, what is crucial for us is the complete package of healthy ambition, long-term engagement and a thirst for knowledge, and not individual projects – the focus is on the young people themselves."

The current coronavirus pandemic did nothing to detract from the initiatives and wealth of ideas from the young people. The Sieglinde Vollmer Foundation received a large number of proposals for the award winners. The workshop, in which the finalists showcased themselves and their engagement, took place live at VOLLMER with appropriate hygiene measures in place – because when awarding the Sieglinde Vollmer Awards, the focus is young people themselves, not just the individual project. The consistently high standard of prize-worthy entries made the decision difficult for the jury. In the end, three Sieglinde Vollmer Awards were presented in 2021.

Recipients of the €2500 "Award for young people" were Carina Braig and Niklas Hornung. 15-year-old Carina Braig is a school student at the Biberach Wieland Gymnasium and has been involved in the research club for five years and the biotechnology club for two years. In addition, she is a mentor for younger students and is enthusiastic about passing on her knowledge. She has already participated in the "Jugend forscht" competition for young research enthusiasts three times in total with fascinating ideas: Her work on the antibacterial effect of common silver products such as dishcloths, socks or creams won her second place. She also won several prizes for her project in which she extracted oils from coffee grounds to produce creams. For the "Jugend forscht 2020" competition for young research enthusiasts, she investigated whether sweets are treated with harmless artificial dyes or azo dyes – however, the competition was cancelled due to the pandemic.

The second winner of the Sieglinde Vollmer Award 2021 is 18-year-old Niklas Hornung, who is currently studying for his high-school certificate at the Ochsenhausen Gymnasium school. He has been actively involved in the robotics club since 2015. Currently, he is part of a team researching a "CO2 checker" for classrooms, which is particularly relevant due to the coronavirus. The CO2 checker is based on a sensor network, which measures the CO2 concentration at various points in the classroom, so that efficient ventilation can be ensured. Niklas Hornung developed the electronics for the sensor network and wrote the software. Furthermore, he is a keen mentor to inspire young people about the world of electronics, robotics and computer science.

The robotics club at the Carl Laemmle Gymnasium school in Laupheim received the €4000 "Award for initiatives". Natalya Wenzlawski, a maths and computer science teacher, formed the club in 2017. Now, up to 40 students across a variety of ages meet after school to build and program robots. Introducing young people to the joy of tinkering and discovery in an open and playful way is of particular importance to Wenzlawski. Even during the pandemic, the teacher busied herself, with coming up with innovative solutions, continuing to lead the club with the help of a YouTube channel. The club has already celebrated its first success:
In 2019, two teams took part in the "IFM Robotics Challenge" in Kressbronn. The challenge was to program a self-built robot made of Lego bricks so that it could complete tasks on a playing field – these tasks included transporting dish sponges and plastic cups within a limited track.

The ceremony for the Sieglinde Vollmer awards 2021 took place as a virtual evening event. The award winners, together with their families, joined via a video link.
VOLLMER CEO Dr Stefan Brand hosted the evening, and VOLLMER staff also congratulated the winners in an entertaining video message. Surprise boxes, which were delivered directly to the winners' homes a few hours before the event, provided a special celebratory atmosphere for the ceremony. They contained the prize trophy, a drink for a virtual toast – and also a delicious three-course meal, which was developed by a small, local restaurant and prepared to be ready to be cooked.  "It was important for us to celebrate the occasion appropriately at a distance. A great meal for the families of the participants is still a part of an awards ceremony. As the saying goes: Hunger for education and thirst for knowledge aren't fattening," says Dr Stefan Brand, describing the company's thoughts on the online event.

The next Sieglinde Vollmer Award will be presented in 2022. You can find further information at: www.sieglinde-vollmer-preis.de