The company DCM from South Korea manufactures high-precision circular saw blades as well as special tools such as cutters or circular knives. DCM supplies its products worldwide to all industries involved with sawing and cutting metal – first and foremost steel pipe production, but also automotive manufacture, shipbuilding, as well as aerospace. The company uses a dozen VOLLMER machines for manufacturing its carbide-tipped circular saw blades. Some of its most recent acquisitions include the sharpening machines of the VOLLMER models CHD, CHF and CHP – with these machines carbide-tipped circular saw blades can be sharpened precisely in one set-up.

Hwaseong lies on the coast of the Yellow Sea in South Korea – around 50 kilometres from Seoul. The region is a popular sun holiday destination and has also made a name for itself in the sporting world. The footballer Bum-kun Cha was born here in 1953 – Asia's footballer of the 20th century. In the 1980s he played over 300 times in the German Bundesliga and scored just under 100 goals for the clubs Eintracht Frankfurt and Bayer Leverkusen.

An Youngmoon and his son An Stephan are also involved in sports on the west coast of South Korea. While the father likes to play tennis and golf, the son is an avid cyclist. But their real passion lies in sawing. An Youngmoon and An Stephan are managing directors of the company DCM, which has its headquarters in Hwaseong. The company was founded in 1982 and manufactures high-precision circular saw blades as well as special tools such as cutters or circular knives.

"At the end of the 1970s I was teaching at the vocational school and noticed that our circular saw blades were always blunt when sawing metal cylinders and often broke", states An Youngmoon, Managing Director and founder of DCM. "This was my motivation to develop high-quality circular saw blades which permanently withstand the tough conditions of metal cutting."

This idea soon led to the development of the first high-speed steel circular saw blades by DCM. Shortly thereafter friction saw blades followed which have a high peripheral speed and are therefore ideal for cutting steel pipes and profiles. Very high temperatures develop with these circular saw blades due to the enormous speeds and the friction between saw blade and metal, whereby the separation cut becomes a mixture of sawing and melting – red heat effect says DCM.

"Before we developed our first friction saw blades at the end of the 1980s, this type of saw was imported to South Korea. Today we supply almost three quarters of all friction saw blades, which the metalworking industry needs for our domestic market", adds An Stephan, Managing Director of DCM. "Our aim is to become the leading provider of circular saws in South Korea and to continue to grow on an international level."

At the beginning of the 1990s DCM first developed carbide-tipped circular saw blades. From the outset the South Korean company relied on sharpening machines from VOLLMER for the production. At this time An Youngmoon was in Biberach for three weeks for training. An investment that was to pay off for DCM. Today the company supplies circular saw blades worldwide to all industries involved with sawing and cutting metal – first and foremost steel pipe production, but also automotive manufacture, shipbuilding, as well as aerospace.

The South Korean company DCM uses a dozen VOLLMER machines for manufacturing its carbide-tipped circular saw blades. The company purchased its first sharpening machines from Biberach at the start of the 1990s. Some of its most recent acquisitions include the sharpening machines of the VOLLMER models CHD, CHF and CHP. With these machine concepts carbide-tipped circular saw blades can be sharpened precisely in one set-up. In combination with a ND handling system and appropriate loading carriage for automatic tipping, the machines are ready to use around the clock. 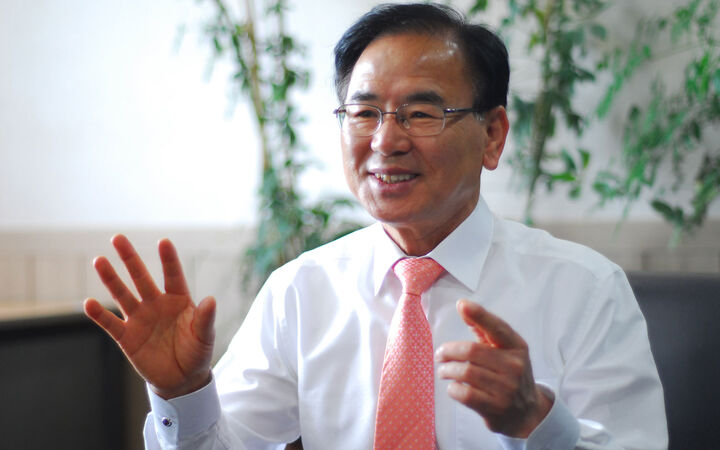 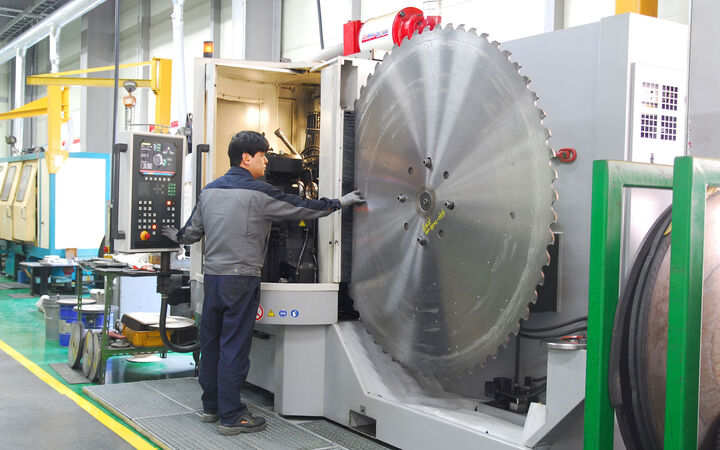