For years, India's economy has been growing at a rapid pace. In 2014, the "Make in India" economic initiative was developed specifically for this purpose. One of the key manufacturers taking part in the initiative is Basco Tool Industries from Faridabad, to the south of New Delhi. The company manufactures carbide-tipped circular saw blades and has relied on sharpening technology from VOLLMER for more than 15 years. The Biberach-based specialist in grinding and erosion machines has previously supplied seven machines, including sharpening machines from the CP and CHP model series.

"We are currently manufacturing around 3000 carbide-tipped circular saw blades a month for companies in the wood and metal industry," says Vikas Tiwari, CEO of Basco Tool Industries. "Our vision is to not only increase the quality of products and services, but also achieve further growth. Specifically we want to produce at least 10,000 saw blades per month within a few years."

More than 25 circular saw variants
Basco Tool Industries' ambitious goals reflect how the Indian economy looks. For two decades, the Gross Domestic Product (GDP) has grown by more than seven per cent a year. Five years ago, the "Make in India" initiative was established in the country. The goal is to support Indian manufacturers to produce goods in their own nation. Employing around 20 people, Basco Tool Industries develops over 25 variants of carbide-tipped circular saw blades for Indian manufacturers, which they then use to process plywood, solid wood, wood composites, plastics and aluminium.

Good links between Germany and India
Economic life is booming in the neighbourhood around Basco Tool Industries with small workshops, medium-sized factories and large manufacturing companies, all witnessing prolonged growth. Many global companies have regional subsidiaries in Faridabad, including German companies such as the agricultural machinery manufacturer Claas and technology firm Voith. German workmanship also plays a key role at Basco Tool Industries, since the company relies on machines from the Swabian sharpening specialist VOLLMER to sharpen its carbide-tipped circular saw blades.

"The connections between Faridabad and Germany have been successful and strong for decades. For that reason, it was clear to us from the start that we, too, could rely on German quality for our machines," says Vikas Tiwari. "Our first VOLLMER sharpening machine arrived from Biberach back in 2003. Now there are seven machines that we use to manufacture circular saws and tools around the clock."

Growth with VOLLMER sharpening technology
VOLLMER has sent equipment that includes a CHP 840 and two CP 200 sharpening machines on the 6000-kilometre journey to Faridabad. With the CHP 840, carbide-tipped circular saws can be sharpened in a single set-up. Its four CNC-controlled axes allow complete machining of all common tooth geometries in just one cycle – even when sawing with an axial angle and group toothing. The CP 200 machine is equipped with multiprocessor technology and integrated software programs. So, whether it's tooth faces or tooth tops, the grinding speed can be freely selected and there's no need to set tooth pitch or blade thickness. In addition to the sharpening machines, the service technicians at Basco Tool Industries have also received training at VOLLMER's site in Biberach.

Customers from the wood and metal industries
The customers of Basco Tool Industries are primarily based in the north and east of India. Apart from circular saws and tools, the company also offers a range of services including tool re-sharpening, tool repairs and technical consultation. The customers from the wood and metal industries are supported with training, to help them design efficient and profitable production processes for furniture, windows and doors with technologies from Basco Tool Industries. The aim is to establish additional regional distribution and service centres and ultimately become the leading manufacturer of carbide-tipped circular saws in India.

"Basco Tool Industries is a typical example of the customers we have in India – small, agile and innovative," remarks Dr Stefan Brand, CEO of the VOLLMER Group. "In order to fully cater to the needs of Indian companies, we have maintained a presence in the region for many years already. We also founded our own subsidiary in Bangalore in 2013. We are pressing ahead with our internationalisation plans so that we can also support Indian manufacturers in achieving national and global growth over the long term." 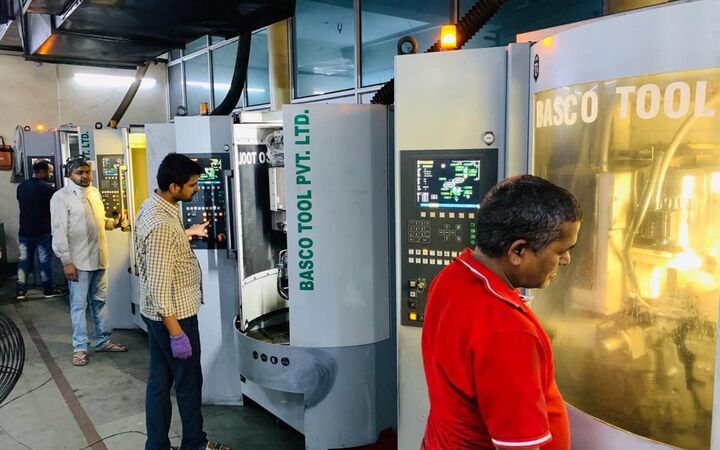 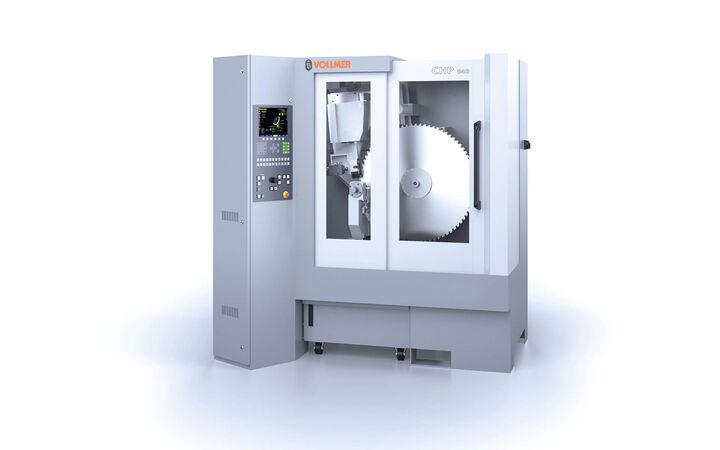