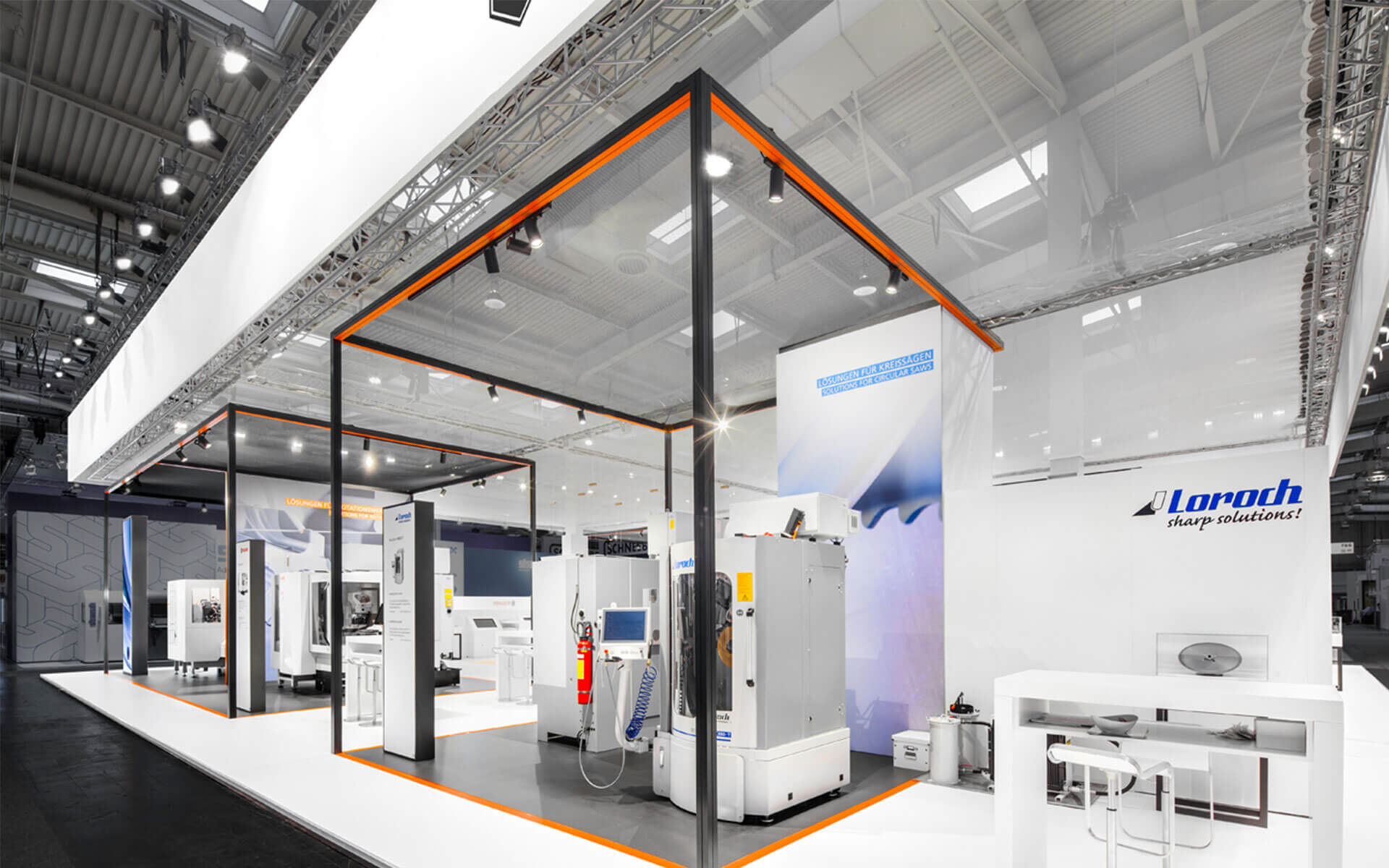 At GrindTec 2020, the international trade fair for grinding technology, sharpening specialist VOLLMER will be presenting itself for the first time as a full-line supplier. VOLLMER is now expanding its range of machines for rotary tool production across the three fields of grinding, eroding and laser machining. Receiving its exhibition World Premiere at GrindTec, VOLLMER will be introducing the laser technology of the new VLaser 270. Being shown for the first time at GrindTec in Hall 1 (Stand 1006/1027), the new arrival completes the trio. In addition, around a dozen grinding and erosion machines can also be seen live at VOLLMER in Augsburg. This will include the VGrind 340S, the VGrind 360 and VPulse 500, as well as the CHX 840, CHD 270, CHP and CHF 840 models for circular saw machining. The trade fair appearance of the 111-year-old machine manufacturer will be rounded off with the company's innovative range of services, training and IoT applications.

All good things come in threes; and the trade fair appearance of sharpening specialist VOLLMER at GrindTec 2020 will emphasise this by presenting itself in Augsburg for the first time as a full-line supplier. The three consecutive L’s of the term "full-line supplier" symbolise the three technologies of grinding, eroding and laser machining with which the machine manufacturer can completely cover the machining of rotary tools, circular saws and band saws. The three L’s also resemble the 111 years during which the traditional Swabian company has been successful on the international market of sharpening technology since 1909.

With laser technology, VOLLMER is becoming a full-line supplier
As a leading technology and service company, VOLLMER develops sharpening machines and automation options for precisely machining cutting tools made from carbide and tipped with PCD (polycrystalline diamond). VOLLMER's latest innovation is the exciting new VLaser 270 laser machine. The machine will be introduced to visitors for the first time from 18th to 21st March 2020, and will be one of the full-line supplier's trade fair highlights. Using the power of the laser light and linear drive technology, PCD-tipped tools can be precisely machined with the VLaser 270.

Around a dozen grinding and erosion machines on view
VOLLMER will be bringing around a dozen sharpening machines and automation solutions to GrindTec that relate to eroding and grinding technology. The VPulse 500 and QXD 250 wire erosion and disc erosion machines will be on show, just like the VHybrid 360 combined grinding and erosion machine. Tool manufacturers can use the VHybrid 360 to both grind and erode carbide and PCD tools such as drills, milling cutters or reamers in a single set-up. Three models from the VGrind family will be on show in Augsburg: The VGrind 360E basic model, the VGrind 360 and the VGrind 340S with linear drive for machining extremely small carbide tools. With two new optional features, the VGrind 360 optimises productivity for tool manufacturers. Due to a higher processing speed, the material removal rate can be significantly increased whist the simultaneous replacement of grinding wheels and tools significantly reduces non-productive time.

Machines for machining carbide-tipped circular saw blades are traditionally well-represented at the VOLLMER GrindTec stand. On the global grinding technology market, the VOLLMER machines abbreviated as CHX, CHP, CHF and CHD are some of the industry’s best-selling technology. Whether in production or resharpening – the completely automated and CNC-controlled sharpening machines can be found wherever wood, metal, aluminium or plastic have to be cut to a precise size with circular saws.

Service package and digital services
At GrindTec VOLLMER will also be providing information regarding its service package for training, finance, maintenance and repair. With the digital initiative V@dison, the full-line supplier brings together applications for Industry 4.0 and IoT (Internet of Things) to connect people and machines. The "Visual Support" app provides an innovative new access path, which offers VOLLMER customers the opportunity to connect directly with the VOLLMER help desk. Installed on a smartphone or tablet, the app supports the machine operator online, allowing them to take and exchange live pictures of a machine using the video function. VOLLMER will also be explaining how end users can connect various machines with each other via the IoT "umati" platform. The umati platform is based upon the OPC UA protocolthat was developed by the German Machine Tool Builder's Association (VDW), together with around 50 machine manufacturers.

Loroch celebrates its 120th anniversary
VOLLMER subsidiary Loroch, which is based in Mörlenbach, will also be represented at GrindTec. Loroch, too, will be celebrating an anniversary in 2020 – the company will then have been founded 120 years ago. There will be various Loroch automatic saw blade sharpening machines on view at the VOLLMER stand – including the CNC-controlled PowerStar 850 sharpening machine and the fully automated K850 M evolution and KSC 710 models.

"As a full-line supplier, we can advise our customers independently of a particular sharpening technology and provide them with solutions involving grinding, erosion and laser machines," says Dr Stefan Brand, CEO of the VOLLMER Group. "Whether we are dealing with sharpening circular saws and band saws or precisely machining PCD and carbide tools – at VOLLMER, we make use of our 111 years of experience to develop and offer innovative products to our customers and partners."